I posted earlier about Master Wang’s prediction that a 14.0 earthquake is going to hit Taiwan, causing a giant Tsunami and ripping the country in half (although a 14.0 earthquake in Taiwan would probably flatten cities around the world). The event is prophesied for around 10:45am, which means in about 10 hours I’ll either be dead – or I won’t. At least one man has already “beat the system” by committing suicide based on Wang’s prediction. I’m not going to take that route.

I’m also not buying one of the shipping containers that Wang is selling. Authorities in Taiwan are already investigating Wang for possible fraud; so far he’s sold over 100 containers (fitted with sliding glass doors!) with overpriced tag on them. Police are looking into a possible link between Wang and shipping container companies. He faces a possible 5 year jail term and over a million in fine.

What I am doing is eating a couple boxes of cookies, watching TV and avoiding work. I won’t get up early tomorrow to do anything – although I will be awake and near my computer so that I can update this post on what’s happening, even if it’s just “FUUUCKKMEEEE!!!!” before my building collapses or the wave hits.

I started asking my ESL students tonight “What would you do if you just had one more day to live?” but they thought it was a morbid subject, so I’ll ask you instead. If tomorrow brings calamity, have you lived your life to your satisfaction? Was this day ideal in every way? Is there anything you’d have rather done differently?

I’ll go first: Today was fine. I took a leisurely bike ride for tea around 2pm (when I woke up), did a little bit of work (editing) in the afternoon, got some sushi and a back massage in the afternoon, then taught a couple hours of English. Breezy day. Oh yeah – my book “Jesus Potter Harry Christ” also won first place in the indie book awards for religious non-fiction. Is there anything else I’d rather have done, had I known it would be my last day?

Updates: (coming soon! If you don’t hear more from me, you’ll know why!~) 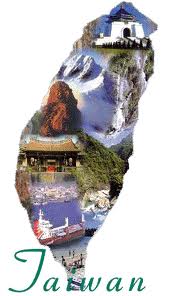 It’s 10:56am in Taiwan. No earthquake yet. Time for breakfast and some housework.

Now it’s 8:35pm. I spent the day painting, looking for art supplies (I found brushes but where can I buy canvas in Taipei?) and suffering from a migraine. No earthquake yet.

Ok – now it’s May 12th. Still now earthquake, but today there was a freak tornado in Taiwan. Watch this crazy video.