It’s no secret that modern teenage girls obsess about having a hunky vampire boyfriend; there are many reasons why the elegant, tragically conflicted, fashionably handsome, beautifully pale undead hunks make thousands of teenage girls all hot and bothered. But before the bloodsuckers became cool, Jesus Christ was fulfilling the same sexual fantasies, for many of the exact same reasons!

That Jesus Christ is the perfect boyfriend, not just in a platonic sense, has been recognized by many a passionate nun, for example, St. Teresa of Avila (1515–1582). For us post-Freudians, it’s impossible to read about Teresa’s nightly visits without noticing the obvious sexual imagery:

“I saw in his hand a long spear of gold, and at the iron’s point there seemed to be a little fire. He appeared to me to be thrusting it at times into my heart, and to pierce my very entrails; when he drew it out, he seemed to draw them out also, and to leave me all on fire with a great love of God. The pain was so great, that it made me moan; and yet so surpassing was the sweetness of this excessive pain, that I could not wish to be rid of it. The soul is satisfied now with nothing less than God. The pain is not bodily, but spiritual; though the body has its share in it. It is a caressing of love so sweet which now takes place between the soul and God, that I pray God of His goodness to make him experience it who may think that I am lying.”

The comparison between Jesus Christ and a handsome vampire boyfriend is not lightly made; in fact virtually no two pseudo-mythical figures are as alike as the Son of God and the ‘Cold One’. We’ve compiled a list of the following 10 ways that Jesus is just as tantalizing a sexual fantasy for girls as any True Blood or Twilight fanger. 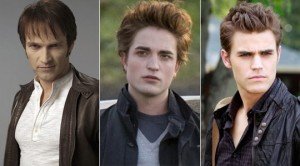 Both Jesus and vampires are dead; sort of. That is, they’ve died, but they’re still walking around. Zombies, kind of, but not really – their bodies are ‘perfected’ bodies. Stronger, quicker, more powerful.

Vampires and Jesus both live forever – in theory. Until the end of time. That means, they’ll never leave you; when they say they’ll ‘always love you’, they mean it.

3) Always watching over you.

Jesus and vampires protect and watch over you, even while you sleep. 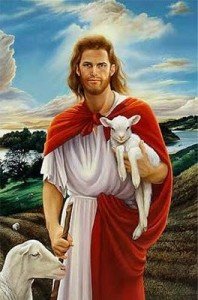 4) Stronger than any evil.

Jesus and vampires are both super strong and can protect you from any evil.

5) Completely devoted to you.

Jesus and vampires love you and only you. They love you personally, passionately and loyally (although, Jesus really loves everybody, so he’s actually a massive player. But he still makes you feel like you’re the only one.)

6) Suffers just to be near you.

Being near a good smelling human, always trying not to eat them, is difficult for the pulse-challenged. Likewise, Jesus had to come down from his golden throne at the right hand of God to take a physical body (yuck) just for you. They love you, but are tormented by and suffer for your love.

Which girl doesn’t love an older, wiser gentleman, a father figure; both vampires and Jesus can be millenia old.

At least in the first part of the Twilight series, (where Edward is fighting to keep Bella’s chastity and honor), vampires prolong the profoundly complex physical attraction by being so damn sexy, but ultimately unattainable. Jesus, too, is like an intimate lover who can’t actually fornicate with you.

10) Eventually will take your soul so you can live together forever.

And what is it, that saves you and makes you eternal? Drinking his blood!

So if you’re hankering for some rough undead sex, don’t forget that Jesus is always around to comfort you too. Unless buff, hairy werewolves are your thing; Jesus is a little wimpy. 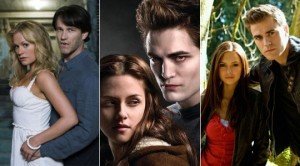