SATAN’S JOURNAL. I love Halloween! It’s crazy, in the whole, ‘good/evil’ dichotomy of Christianity, I’m usually painted as the bad guy, and people generally try to avoid me. (Well, actually they try to avoid having any kind of fun, excitement or pleasure in their lives because they think God doesn’t like that kind of stuff). Anyway, Halloween is literally a get out of jail card for me. Not only do I get to run around being evil and selfish – I’m really not like that at all but it’s fun to make believe – everybody is out doing it with me! It’s awesome.

But first, a few things you shouldn’t be on Halloween.

1) Don’t be me. I mean it; this is my chance to get out and forget I’m spending eternity locked in a cave for a stupid misunderstanding a long time ago. Then I go out and see tons of people wearing ugly, offensive costumes that are supposed to look like me, with red horns, tail, etc. Knock that shit off.

2) Don’t be something religious, like an angel – unless you’re poking fun at the big guy… but still most costumes like nuns/priests etc. are just kind of weird and out of place on Halloween; why drag your funked up emotions towards religion into this totally secular holiday? There’s one religious costume that I’m OK with: that’s Jesus or any of the other martyrs getting their flesh torn off, or crucified, etc. I like it because it’s gory, it’s disgusting, it’s gruesome. It’s even a little blasphemous. Make sure to make it look realistic and horrible; people will be offended and feel uncomfortable around you.

Anyhow, I’ve put together this list of 9 awesome evil and scary adult halloween costumes for 2010. 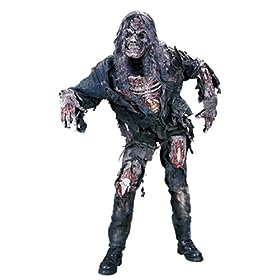 1) Zombie with his flesh rotting off to the bones. Yuck.

3. Go headless with this DIY costume. 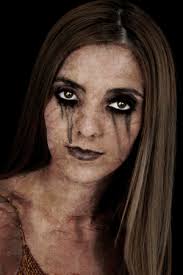 4. Women, you don’t realize it, but you are fucking scary just the way you are. Put on some dirty/ghostly make up, a serious face, and glare at people. They will shit their pants. 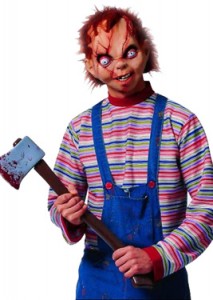 5. I wouldn’t let this little bastard into Hell. 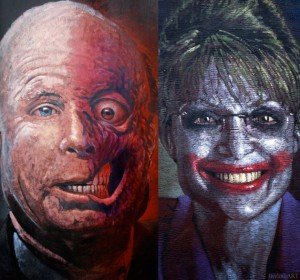 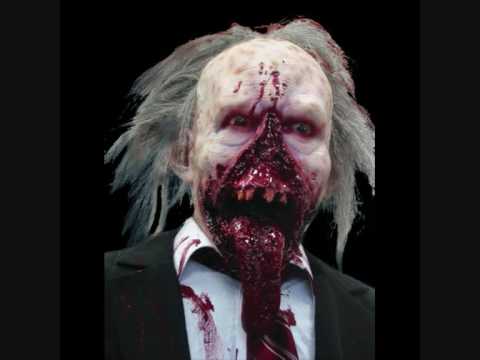