The Blasphemer’s Credo (What We Believe)

For me, blasphemy is a profoundly moral act. Every religious leader in history was originally a blasphemer – daring to challenge accepted spiritual ideologies and forge a fresh new way of understanding the world. Being lazy and avoiding problems in the world is less ethical than actively trying to improve societal flaws and injustices. Moreover, blasphemy is much stronger than agnosticism or atheism because it accepts and faces the possibility of a god, but denies his right to to judge or punish arbitrarily or without reason. (Defiance in the face of apparent omnipotence is more courageous than simple non-belief in a deity).

This caveat also allows me to still be in the religious discussion, and avoid the common criticism that atheists have no right to say anything about God since they don’t believe in him.

However, I hold religion accountable for its own claims. God must be good. If he is not, he is not god, and there is no reason I should fear or obey him.

At the same time, I feel that religion is inherently opposed to genuine human rights, by virtue of placing a post-world system of justice above the need to find a real-world solution to problems of abuse, violence, discrimination, and exploitation. I also believe that emphasizing personal salvation and the ideology that the earth was created for mankind to profit from has led to unprecedented levels of ecological destruction and damage.

The following is my creed; a few of the things I do believe it. I hope that by finding like-minded individuals willing to stand up and speak out for progressive social change, as well as challenge traditional or socially endorsed concepts like “religious tolerance,” we can spread our post-religion-vision of an improved world to more people.

1. I believe in each individual’s right to religious choice – including the right not to be religious.

2. I believe that violence, injustice, discrimination, abuse and deliberate malice is always wrong and must always be opposed, regardless of the supporting institutions or sanctifying ideologies.

3. I believe that any beliefs or organizations which cause negative effects or consequence (either on a personal or social level), do not benefit the improvement of humanity as a whole species, promote social or political instability, racial or gender-based superiority, or are found to often manifest in physical or psychological abuse, must be actively and firmly opposed.

4. I believe “tolerance” does not simply mean accepting all diverse beliefs and customs – it also means refusing to allow intolerant behavior justified by those beliefs. Being “tolerant” and accepting or ignoring terrible acts protected under an umbrella of “the right to religious freedom” is unjustifiable. Such practices, regardless of their apparent irreproachability, must be identified and disputed.

5. I believe that the Truth of all things should always be sought in and for itself: that our own ideas and views of the world must be always and constantly investigated, questioned, doubted and – if found wanting – abandoned or improved upon.

6. I believe in rational inquiry and science, an educationally open environment of creativity and curiosity, social progress and equality, the preservation of natural resources, and limitations on the amount of damage corporations are allowed to do in the name of profit.

7. I believe that the world is in an extremely precarious position, and that if humanity doesn’t change its entire modus operandi immediately, it is unlikely that our species (or any other) will survive; further I believe that the destruction of the world is not something to be desired, based on apocalyptic religious literature, and must be conscientiously avoided.

8. I believe that if there is a God, and he does not support these statements, the ethical response is not to cower in fear of his power, but to defy him in revolution – even though it may be a lost cause. 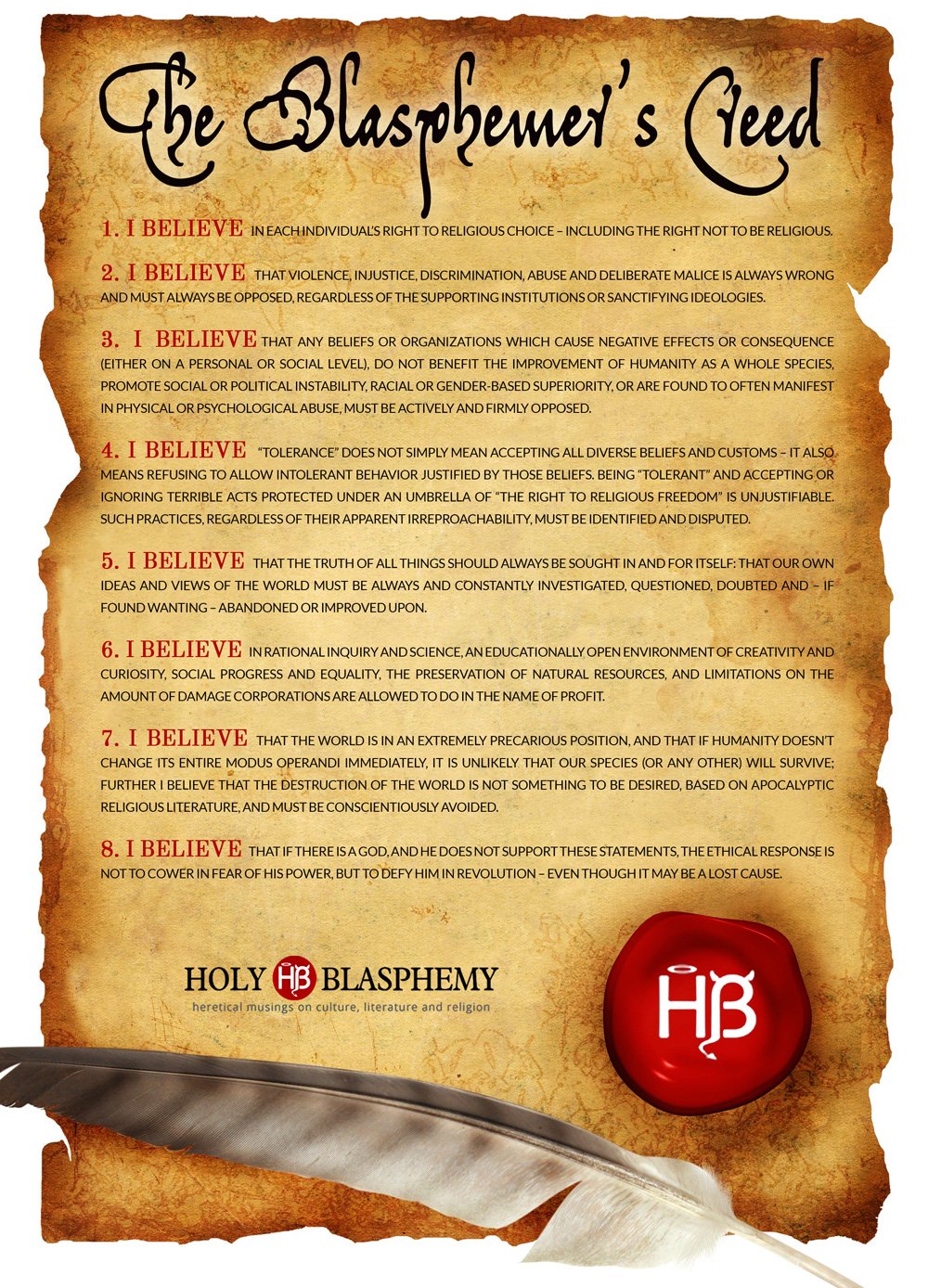 What you can do to help

If you like what I’ve got to say, please join me on Facebook or Twitter. You could also help spread this message by linking to us – you can grab one of the banners below and display it on your site as a button. 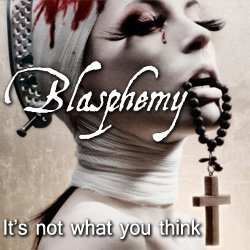 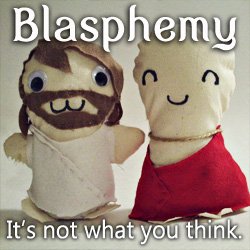 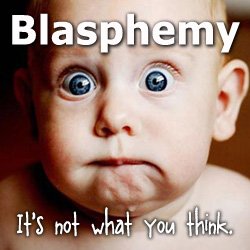 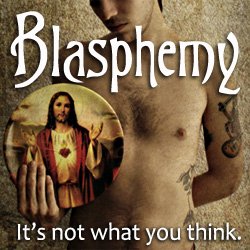