Dude, where have I been? I only now somehow stumbled upon this whole ‘everybody draw Muhammad thing.’ I mean, of course I’m aware of the situation. Newspapers drawing the prophet, then fundamentalists demanding an apology; Southpark’s spoofs (is this ok? Putting him inside a van, etc.)

But I just found the blog “Everyone Draw Mohammed” and the Facebook pages, both for and against the movement. I wish I’d thought of it first – although that sort of blatant, militant ambition is not my style (atheism or forms of anti-religion can be every bit as rigid and dogmatic as fundamentalist believers… although I agree with them, I’d still prefer a calm reasonable conversation to a bunch of angry hate-mongering.)

At the same time, this whole issue is just freaking retarded. Sure – they aren’t supposed to draw their prophet. That’s fine. Nobody’s making them. Telling everybody else, however, that they also can’t draw him or say bad things about him – that’s unfair, unjust, and undemocratic. How on earth did Muhammad get so special – more special than me, God or Jesus, not to mention Buddha, etc.

Why can’t we draw Muhammad? Obviously because Islam is a violent religion. Now everytime I say something like this, everybody gets all pissed off, and say I’m unfairly stereotyping Islam and Muslims as terrorists and how that’s not true. Seriously? Go fuck yourself. I’m tired of stepping on glass and avoiding the issue and being all politically correct about this. SURE not all Muslims are violent! Of course! And sure Christians or any other religious nut can be every bit as stupid, angry and violent as muslim fundamentalists!

But even so – nothing like this issue, or anything remotely like it, exists in the modern world for any other religion except for Islam. Everybody makes fun of Jesus – he’s so easy to make fun of. And Christians sob and pout and pray, but they don’t blow things up! Islam is the only organized religion who are organized and determined and righteous enough to defend their prophet’s honor through violence. That’s a fact. And giving up our own freedom of speech, because of fear of that violence, is an unreasonable imposition – an imposition which should be rigorously fought against.

Hence, I’m in full support of the movement. That said, there are much better sites where you can actually see the hundreds of cartoons that have been drawn as a statement against this absurd controversy. Also visit the wikipedia page to understand the full history of the movement. Here are a few of my favorites: 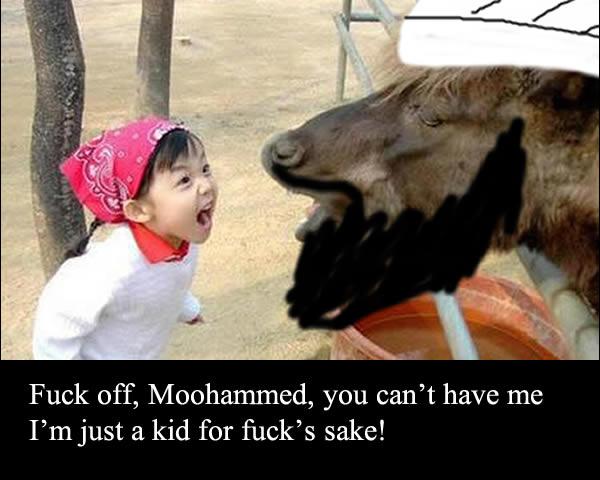 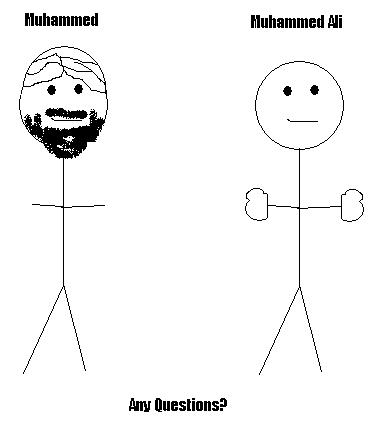