The birth of Jesus from Mary the Virgin is a riddle, a mystery. Either God came down like Zeus as the Holy Spirit (God comes as a dove, Zeus as a swan) or Celsus was right claiming Jesus was fathered by a Roman soldier. It’s just a miracle, to be accepted on Faith.

But when you look into other mythologies, the virgin birth becomes clear, understandable – even necessary. This is because there is always one female, who is mother/consort, and two males, who are father and son. Let’s take the Egyptian story for example. The baby Horus is born of Isis. She’s his mother. But then later, Horus grows up and becomes Osiris: Now Isis becomes his mistress, and from their union, Isis conceives, giving birth to Horus, in a never ending puzzle, a “mystery”.

There is no answer; it’s one of those divine mysteries that makes our head spin.

This is a lot like the riddle of the terminator movies.

A cyborg is sent from the future to kill Sarah Connor, whose future son John Conner will start a resistance against the machines. Sarah has only one protector – Kyle Reese – also sent from the future; but Kyle and Sarah have sex, which is the act that creates John Conner. So, John Conner was only born in the past because his future self will send Kyle back in time to screw his mother! 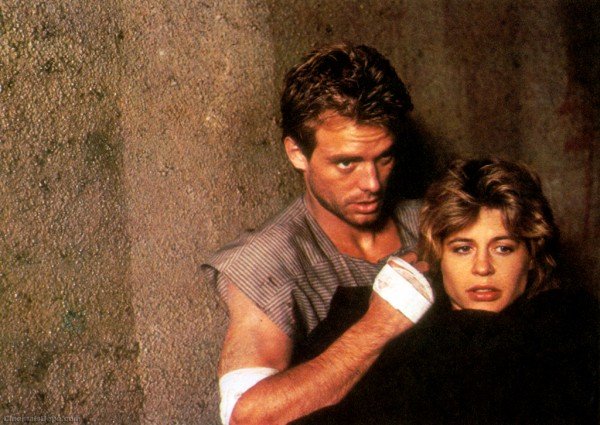 To use another example, when Neo is visiting the seer, and she says “never mind about the vase.” “What vase?” he says, but as he turns to look he knocks it over. “What’s really going to bake your noodle later on is,” she says, “is whether you would have broken it if I hadn’t said anything.”

Where does Easter come from?

Although The Terminator Movies and the Matrix weren’t known by the Egyptians, they did appreciate the mystery of the egg; which was regarded as a sacred symbol. (After all, they couldn’t figure out how birds apparently hatched all by themselves, out of something scarcely different from a rock).

Every year, when Osiris died and was torn into pieces by Set, Isis would go around and collect the pieces in the spring and put them back together. Although I haven’t found the textual evidence for this yet, I’m willing to bet that this myth started a ritual of going out and collecting eggs, symbolizing the dead Osiris, soon to be reborn as Horus.

Horus and Osiris were combined into the figure of Sarapis, who was given a human face rather than animal heads, and his name was later changed to “Jesus” as he was translated into Jewish culture.

I’ve heard some other versions of where we got Easter from, but I haven’t found any idea as brilliant as my own. If you happen to come across proof that Egyptians searched for eggs as the body of Osiris, please let me know; at any rate, even without the proof I think it’s the best explanation for why we go out searching for eggs during the time was Jesus is resurrected.

Incidentally, this identification is seen more clearly in the East Orthodox churches. In Russia, Orthodox Catholics bake this cake called “Kulich” and take it to church to be blessed by the priest.  The Kulich must be baked in this shape only. In the myth of Osiris, Isis collected all of the body parts except one – the penis. Have the Russians found it? Does this tradition hearken back to a ritual of collecting the eggs as the body of Osiris/Jesus, and then celebrating the fertile/procreative discovery of this explosive, phallus shaped cake to symbolize the resurrection? 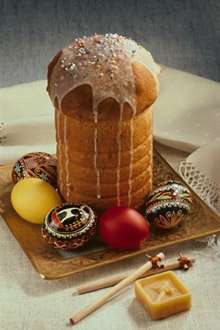 What do you think? Reply to these questions in the comment form:

1) Do you believe in the Virgin Birth? Why or why not?

2) Where do you think Easter comes from?