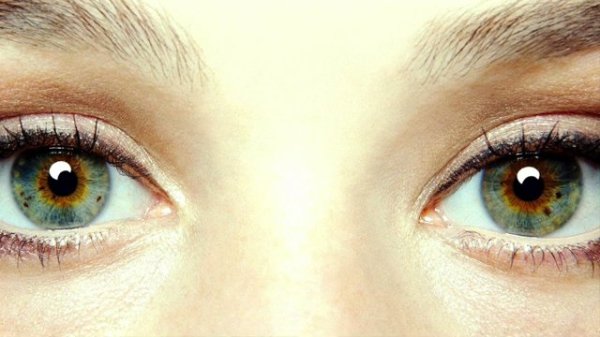 Girl is wistful and spiritual, boy is scientific and needs facts and data.

Girl gets cut in half when elevator fails.

Besides having the most gruesomely tragic death scene I’ve ever witnessed – something out of a  Final Destination movie – I.Origins starring Brit Marling, Astrid Bergès-Frisbey and Michael Pitt is an interesting, in-depth look at God, faith, spirituality and the space between.

In the metaphor that frames the storyline, worms have no eyes: they can’t imagine that light exists. But it’s all around them. They are surrounded by it. The scientists are trying to give worms eyes so they can see the light.

Do humans also lack a sense that would give us the capacity to see another dimension?

Or have only some of us evolved, but not all?

The lead scientist begins as an atheist, and studies eyes because they are “the one thing religious people always use to challenge the Theory of Evolution.” They’re all so different and unique. He discovers the evolution of the eye and then goes on to write the book, “The Complete Eye” explaining every evolutionary stage so it’s no longer a mystery.

Later, him and his lab partner-turned-wife have a son – at first the baby’s eye scan shows him to be some old black guy named Paul Edgar Dairy; but the computer is refreshed and they make a new entry.

The new parents get a call from a Dr. Simmons, a scientist supposedly researching autism; they run a test showing two photos to see which the child is more drawn to.

Their curiosity forces them to research the experiment, and they discover those photos were taken from the real life of a dairy farmer named Paul Edgar Dairy.

“Call it what you want to call it, professor Simmons was testing a memory connection between our son and Paul Edgar Dairy. Maybe the eye is really some kind of window to the soul.” 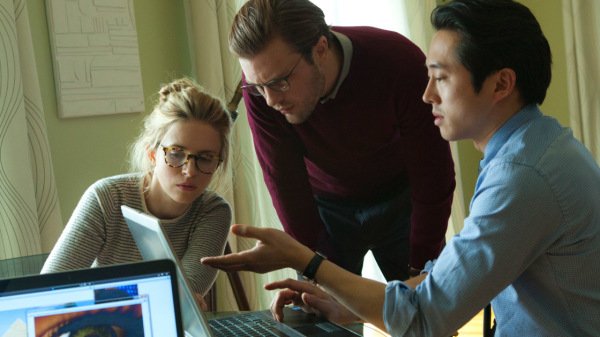 Dr. Simmons is one of 5 people who have access to the new database of hundreds of millions of people’s eye patterns – however their good friend happens to work at the eye mapping company and also has access.

They look for another unexplained eye pattern match, using photos of people they know who have died and trying to match them to new registrants.

They scan Sofi’s eyes (the ex-girlfriend who died in the elevator)  and they get a match – a newborn in India.

The scientist doesn’t want to go to India but his wife talks him into it.

If I drop this phone a million times, and just once it doesn’t fall, it hovers… that’s an error worth looking at.

So he goes to India. To find the eyes of his ex-lover, on the body of a child.

He puts up a huge billboard and waits.

Later the dialogue gets meaty.

“No. Religion was written thousands of years ago. Those things can’t be challenged. They’re fixed. In science, we always continue to step forward in the evolution of knowledge.”

“The Dali Lama was once asked, ‘what if a scientific discovery questioned your religious beliefs?’ he said, “If it was really certain, I would change my beliefs.”

“What would YOU do if something spiritual disproved your scientific beliefs?”

But this could never happen…. spiritual is always subjective experience. Unless it isn’t – in the case of the matching eye patterns, that’s science. It would just be new science disproving old science, and maybe also “proving” religion right. Spiiritual

So they run experiments on Salomina; the Indian girl with the pretty eyes, looking for “Memory connections between subjects with identical iris patterns.” They are running a scientific experiment based on a strange coincidence.

Salomina chooses all the same images picked from Sofi’s life. At first.

Except one, but Ian discounts it, “Incorrect but… it’s not a good one.”

Then another. “Incorrect… sort of.”

In the end she guesses about half right, slightly better than random guessing.

And he’s saying “Correct” or “Incorrect” out loud for the girl to hear.

“I didn’t ask what you think, I asked what you feel.”

“I feel kind of foolish.”

But he’s disappointed. He wanted it to be true. He has unresolved issued with Sofi and never got to say goodbye.

But then, they go downstairs and she’s terrified of elevators.

And suddenly, it’s all revealed.

And he believes. He was so close to believing before but needed evidence. This is it.

The door opens and he goes out into the light, a new believer. 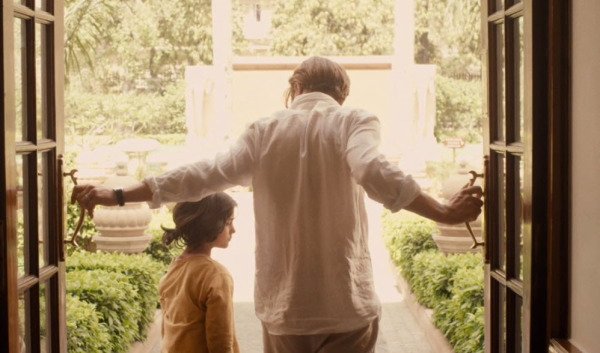 Incidentally, I was expecting him to get arrested for child pornography. White man takes an Indian girl by the hand and walks her up into his hotel room and nobody says anything?

What does it all mean?

The surface reading of the film is this: life is mysterious and magic.

There are things we don’t understand. Someday, science will prove spiritual teachings.

God exists. This is inferred, somehow – although reincarnation and afterlife in no way proves the existence of a “God.”

But wait a minute.

Is this really a scientific experiment?

Yes it’s true that there are a few strange cases of matching eye patterns. Crazy. Spooky.

1 in a million. But not impossible – after all, it’s a new field of study and nobody really knows anything about eye patterns.

Sofi and this girl have matching eyes might not be a big deal. Or it could be a bug.

But she failed the test to identify objects. The scientist in him could go no further.

The final piece of “evidence” is that the girl is afraid of elevators.

She grew up in rural India. She’s probably never seen an elevator before, much less ridden in one (they took the stairs up).

But Ian is so desperate in his desire to believe, that this acts as proof for him.

He probably adopts the girl, and now that he believes her to be Sofi, he will probably read into her every action a confirmation of his faith. I predict things will get weird when she’s a teenager – he obviously still has a lot of sexual yearning and unresolved emotion for Sofi.

Earlier in the movie, Ian was able to track Sofi down because a series of strange coincidences – the number 11 appearing again and again. He gets on bus #11 on a whim, gets off on a whim, and finds what he’s been seeking.

This kind of confirmation bias is very familiar with religious and spiritually minded individuals.

I’ve experienced quite a bit myself, and it is spooky. If you trust your gut and let yourself follows the flow of your emotions, you’ll be amazed at where your instincts take you.

This is more complex when you manifest specific things, like $10,000.

But if it’s something specific of your choosing, setting your sights on a target influences your behavior and the scope of your focus. You are conditioning yourself to put yourself in the circumstances that will bring about what you seek.

It’s even more confusing when you manifest things you have no control over, like parking spaces.

In conclusion, who knows – it may be possible that we have a sixth sense, and there’s more to the universe than what science can so far prove. But the personal, subjective reading of our experiences is always filtered through the meshwire of our expectations, hopes and desires, to produce beliefs about the world that may not be true. That’s what science is there for – to confirm or refuse our assumptions.