It’s been years since I stopped obsessing about religious history and started writing young adult fiction instead, but a book came across my desk today that caught my interest.

It’s called Rise of Little Horn, and it’s about whether Donald Trump is the antichrist. 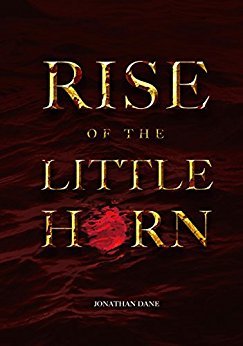 I actually think the author’s ominous one-page website for Rise of the Little Horn is pretty cool, and similar to what I did for my early books… though I’ve written before I think the antichrist (at least a literary version of him) would be a hero, mankind’s savior against the forces of heaven; a defiant rebel like Satan in Paradise Lost.

In my casual opinion, the antichrist was supposed to be loved, intelligent, and peace-bringing – three qualifiers that should immediately rule Trump out. Though if we want to redefine antichrist simply as “opposite of Jesus” or “world-destroyer” then absolutely. Trump has been worse for the world in a million ways, and has certainly sped forward its ecological demise.

The antichrist would also have a diabolical plan – which I don’t think Trump has – and it would work (whereas, whatever it is Trump is trying to do, it’s failing). I also don’t see a divine purpose or plan in Trump’s election, unless it’s just to bring light to outdated ideologies, shine light into the darkest corners, and hopefully emerge as a finer version of humanity. But it would take a lot of faith to believe an omniscient God couldn’t come up with a better solution than that.