On August 10, 2009, Michael Paulson of the Dallas News wrote an article called the “Book of Harry” – which “explains how the boy wizard won over religious critics – and the deeper meaning theologians now see in his tale.”  In itself, the article is very interesting and timely; more and more respectable media have written about the similarities between Jesus or Harry Potter – or at least the fascinating space between them – since Harry Potter and the Deathly Hallows (Book 7, part I) came out. Unfortunately, he used a very large and strong picture of Harry Potter as an East Orthodox Religious Icon, starting a controversy over what should be allowed to display to the public sector. According to one comment,

The offensiveness of this image is on a level that would, in other faiths, provoke bombings and murder. It’s that serious. We Christians of course don’t behave in that way, so rather we will ask nicely that you issue an apology and exercise a bit more discretion next time.

Many outraged viewers want to know who created the icon, and I alone know the secret. Coming across the article only today, I was startled to see it and the controversy it generated – actually it was made and submitted as a possible cover for my book, Jesus Potter Harry Christ, along with a few others. I decided finally to use a different image. I never expected, however, that it had provoked this mini but fervent protest against the Dallas News. To be honest it makes me uncomfortable; will my own book, once published next month, meet the same kind of controversy? Will Orthodox members be so reviled by my cover image that the book is automatically discredited, called bad or dirty names, and say I’m uneducated, thoughtless, insensitive or intolerant? I want to generate discussion, and share valuable, insightful information – not provoke violence. Hence at first I was seriously considering scrapping the whole project. 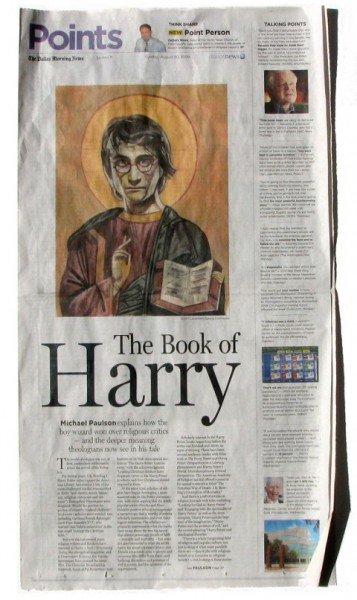 And yet, how is this different from the Muslim prohibition on drawing Muhammad at all – where newspapers and media are literally afraid of the violent ramifications of breaking the religious taboo of one group? My book is already controversial – I can’t help that. I am exploring Christian history in a way that goes completely against what Christians believe in; shouldn’t my cover be as controversial – rather than playing it safe and choosing a non-threatening cover to blend in? If I was ‘sensitive’ I wouldn’t write the book in the first place, I’d allow everyone to keep on believing whatever they like. Is my opinion ‘wrong’ because others disagree with it? Am I not allowed to give my opinion because it’s controversial, but they can give theirs because it’s religious? Another commenter adds about the article:

To draw comparisons with the popularity of a book or movie to an iconic figure is one thing. To illustrate Harry Potter; however (like this Scott Laumann has done), as Christ, and using an Orthodox Icon, is down right Blasphemous! Sadly, your attempt for a “WOW Factor” stopped me in this case from even reading the article.

Is this any different from living under the tyranny of Church power where heretics or free-thinkers or dissenters will be burned at the stake? (not they just write angry letters and demand you halt your blasphemous actions, on social pressure). Is there freedom for the ungodly?

Take the following beautiful work of art; is it blasphemous because it blends the two figures? (Even though modern theologians and priests are noting the similarities and even using Harry Potter to teach Christianity?) 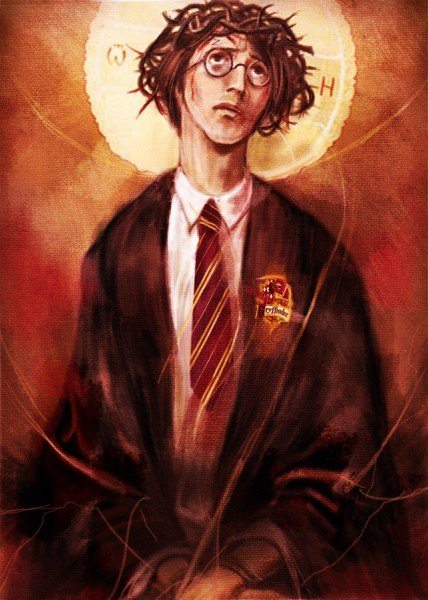 These images are authentic artistic responses to two of the most powerful traditions and personalities of our times: Harry Potter and Jesus Christ. Does the church have a copyright on religious iconography that cannot be breached? Are artists not allowed to step on the toes or include certain symbols or motifs from other traditions – can they not steal, borrow or be influenced by the beauty and powerful artistic expressions in East Orthodox Iconography, even when it may best suit their intentions? Another commenter on the original article disagrees: 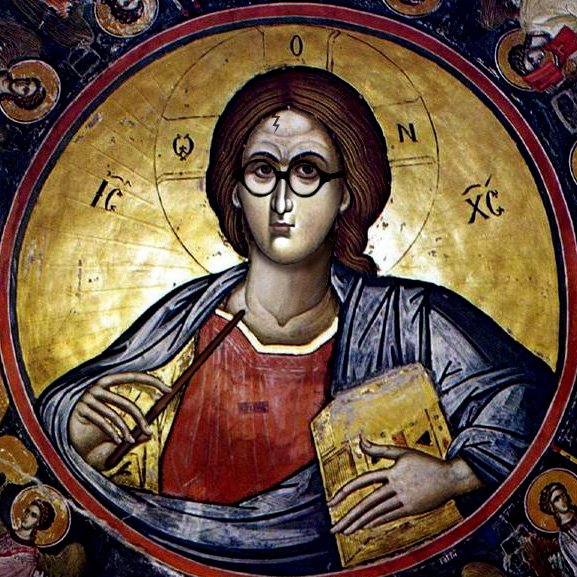 How far should religious tolerance be allowed to silence people who are outside of one tradition? Should I not eat pork or beef in public – because it is offensive for other people? (St. Paul made this argument as well). Does a rule book of all the world’s religious taboos need to be compiled so I will know how to carefully restrict my own actions?

After a dozen comments on the original post, threatening, irate, calling the picture offensive and blasphemous and insulting, there was an inspired comment by Steve Walker, which I will quote in full:

These books (I’m guessing you haven’t read them either) have inspired millions of confused, hurting seekers-of-the-Truth across the globe to reconsider what things matter in this life and what things don’t. J.K. Rowling has crafted some of the most ethically admirable characters that I have ever met, in fiction or in life, and it follows that they inspire many of us to try to reach beyond our self-involved mentality that seems to become more difficult to resist every day. And if there is anything in the universe that resembles “magic”, and there is, Christ is the source. And that isn’t wishful thinking, it’s true and you can know that its true. And he WILL make us into strong, admirable characters, confident that we are His and – by His own admission – He is ours.

And you two think the important issue here is an icon? How proud he must be, that he (by your wisdom) finds this use of his image to be “repugnant”.

God has no pride at all. None. You don’t know that? He doesn’t want your rituals and He doesn’t need you to protect his honor. He has no use for that kind of honor. He’s God – who is more honerable than He is?

Anyone can approach God no matter what they’ve done and they will find that he is discoverable; and that He values their affection above all. And that’s what matters most. He just wants to love us; for us to let Him love us. It really is that simple. He is so wonderful, so good. Please stop making Him seem so bad.

This, for me, brings up the real issue of the conflict. Do we believe in God who is spiteful, angry, annoyed, and gets his feelings hurt (thus justifying the outrage of his followers, who protest perceived insults to Him?) Or is God above such trivial responses. Who cares what other people do? Steve’s God might say – nothing can hurt him; just do the best you can and believe what you believe, forgive others, love them anyway, and be at peace. Now that’s a god I can believe in.

I genuinely want feedback on this post, and comments on my final cover design, which is below. I’d like to understand the East Orthodox reactions to my cover – which rules does it break? How is it ok/not ok? Is it too much of an icon? Is it less blasphemous because I merely added a few accessories? 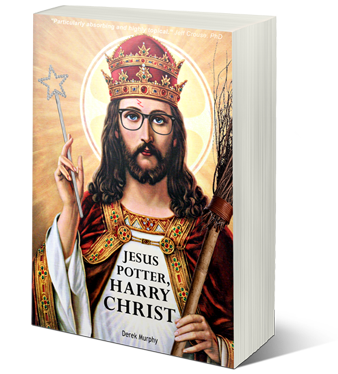 ***I didn’t post the names of the artists to protect them from the controversy, but if these are your pictures and you want credit, I will put your name/link in the article!***