The Taiwanese prophecy about Doomsday 2011 being on May 11th has gone unfulfilled; however it’s now May 12th and today I’ve witnessed a freak small tornado and now an ominous thunder and lightning storm. It certainly feels like a foreboding or foreshadowing of evil things to come.

So I thought I’d take a moment to write about Harold Camping’s prediction that the End of Days will begin on May 21st, 2011, which is sweeping across some parts of America and getting a lot of media coverage. 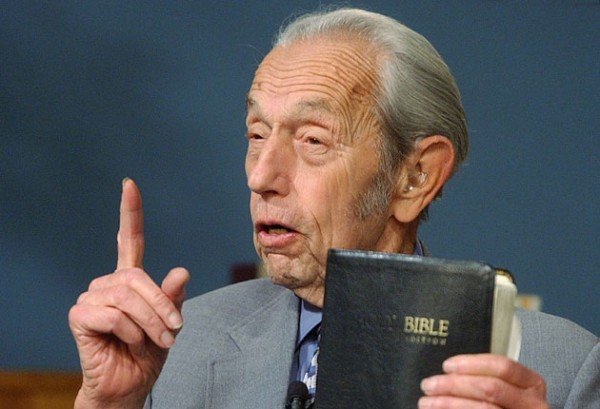 Harold Camping is an 89-year old Christian radio broadcaster from Oakland, CA, who has figured out a special way to read the Bible and unlock its hidden prophecies. Here’s the math and logic he used to get the May 21st 2011 date:

So, if we take God in Genesis 7:4 to be talking about the destruction of the world at the end of times, rather than, as seems more likely, the actual flood that was really coming to destroy the world in Noah’s time, and replace the 7 days with 7,000 years, and if the flood of Noah’s day happened in the year 4990BC (as Camping claims based on his updated “Biblical calendar of the Bible”, which starts with creation at 11,013BC,) then the Judgement Day, the Apocalypse, will happen sometime in 2011. I don’t know how he got to May 21st from there though.

Harold Camping originally used his mathematical system to predict the End of the World on Sept. 6, 1994. His followers gathered in their Sunday Best to greet Jesus. When nothing happened, Camping admitted he might have calculated wrong. 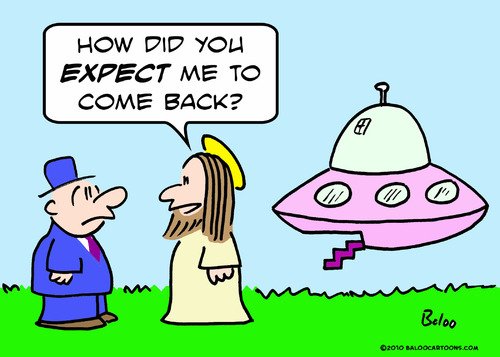 Part of Camping’s prophecy is that May 21st 2011 will be the day that Jesus comes back, and that all the Christians will disappear into heavenly “rapture”, leaving their clothes behind them as featured in the “Left Behind” series by Tim LaHaye and Jerry Jenkins.

Everybody who wasn’t saved will be Left Behind to suffer torment and ruin as the world basically goes to hell, until October 21st, 2011, when we’ll all be totally dead. (Actually the biblical passage used for this part talks about ‘having no mind’, maybe just no longer being conscious. This sounds way better to me than the typical ‘burn in hell forever’ scenario.)

What I think about all this: Total Rubbish! Jesus says over and over again in the New Testament how he will come again within one generation, like a thief in the night. He taught the “kingdom of God is inside you.” (My take on Jesus’ teachings is an esoteric spirituality of self-fulfillment descended from mystery cult practices.) The Book of Revelations is badly written propaganda literature of scathing racial hatred, by some angry little man who didn’t like women, government or humanity.

Moreover, the idea of a “Great Conflagration” (ekpyrosis) – when the world would be destroyed by fire – came from pre-Socratic philosophers like Heraclitus (c. 535–475 B.C.E.). The Stoics later identified this purgative fire with God, who would subsequently recreate the world from the condensation of the elements (air, water, earth, and fire). So the entire idea of an “apocalypse” is completely anti-Christian, or at least anti-Jesus.

But that’s just a literary reading. On the other hand, if Jesus was an alien and 2011/2012 is when the orbit of Planet X or Nibiru passes close enough to earth to allow alien visitors to descend, as they have at various times in the past, maybe Jesus will come down with him. It is infinitely more rational to accept a speculative theory of a visiting alien race than to believe that a super-celestial Jesus will come down from heaven (with swords coming out of his eyes no less) and take up all the good Christians into heaven.

What to do if you’re Left Behind? 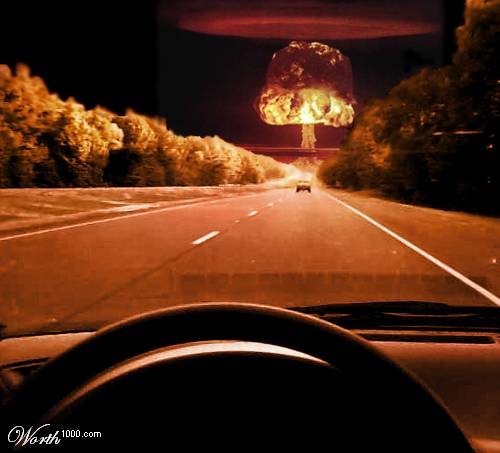 That doesn’t mean, unfortunately, that humanity has a long and pleasant future before us. In fact I think the biggest threat facing the modern world is the religious belief that “God is Coming to End the World Anyway” so we don’t have to think about the next 1000 or even the next 10 years. This negligence has allowed corporations to wreak havoc with no limitations and create a non-sustainable consumptionist economy that has lit a very short fuse under our ecological stability.

Call it Divine Intervention, Global Warming, Alien Attack or what you will – the scary truth is the world is already on the brink of destruction, and very soon we will be facing worldwide challenges of food and water shortage, overpopulation, economic devastation, a lack of oil, not to mention the mysterious and shocking frequency and intensity of earthquakes, storms, tornadoes and more. All of these will bring about war, famine, disease and the other goodies prophesied in the Bible. And once May 21st 2011 comes and goes, as it inevitably will, and disappointed Christians face another normal day of making ends meet, going to work, and cleaning up the house, they will probably continue to believe that they will be snatched up into heaven before the shit hits the fan. So they’ll drive their SUVS, drink bottled water, buy iPads with credit cards rather than saving for their kids’ education, and pray to God not to let any of the consequences of their actions catch up with them.

The truth is, we don’t need God or Jesus to come down and destroy the world – we are doing it very successfully by ourselves. Maybe instead of religions that convince us to ignore real world problems and expect divine intervention, we ought to be investing our time, resources, support and money into solutions to avoid the apocalypse we are creating and take responsibility for the consequences of our own lives.

However – if on May 21st a bunch of people do disappear, then you know you’ve got six months to get your shit together, accept Jesus as your Lord, ask God for Forgiveness, and try to weasel your way into heaven.

Unless you’re like me, and you think that this kind of God warrants rebellion rather than praise. If it does happen, then “Jesus” and “God” will appear more as invading aliens than anything else. Certainly they won’t be here for our benefit. The AntiChrist will lead humanity, united together into one army, in a war against God’s angels, who will come down and burn, rape and pillage. If it happens, whose side will you be on? Will Smith in Independence Day, finding a way to stop the invasion against all odds? Or will you meekly cower, scramble and beg under their powerful display of technological superiority?