I first encountered St. Anselm’s Proof of God during my undergraduate studies in philosophy and theology. I was at the time a struggling Christian, and there is a power and simplicity in Anselm’s logical proof of God’s existence that – once you get it – seems mystical. It dances around in your brain, both inviting you to look closer but refusing to be nailed down. As a logical proof it is inescapable and undeniable, but at the same time maddeningly irritating. It seems somehow obvious that this simple proof is more of a word game that has no correspondence with reality, like Zeno’s Paradox of “Achilles and the Tortoise.”

Today I had the opportunity to come back to Anselm with fresh eyes in a post-graduate philosophy course. What follows is an explanation of what St. Anselm’s Ontological Argument is, how it works, and why it is inescapable – followed by why it doesn’t matter at all; in fact if St. Anselm’s proof of God is true, then the logical consequences for organized religion is disastrous.

How it works: Definition of God

(1) God is that than which no greater can be conceived.

Anselm starts with the definition of God – that there is nothing we can imagine that is greater than him. He must be, by definition, greater than anything else. From Latin, he actually says “We believe that You something than which nothing greater can be thought.”

(2) If God is that than which no greater can be conceived then there is nothing greater than God that can be imagined.

You cannot imagine something greater than God – for whatever better thing you imagine, would actually be God, and that other thing you were thinking of wasn’t really God.

Therefore:
(3) There is nothing greater than God that can be imagined.

(4) If God does not exist then there is something greater than God that can be imagined.

As a logical proof, the argument unfolds elegantly from the starting premise. It is logically sound. However, once you accept the proof the inevitable consequences actually undermine religious belief and any particular faith in God. This is because the definition of the “best thought that can be thought” is always evolving and differs for different cultures and societies. Maybe I think a God with a fiery temper and a lightning bolt and a manly sexuality is “greater” than a meek and humble carpenter who dies willingly. If so my “greater God” (Zeus) must actually exist, while Jesus doesn’t. Greatness is subjective. 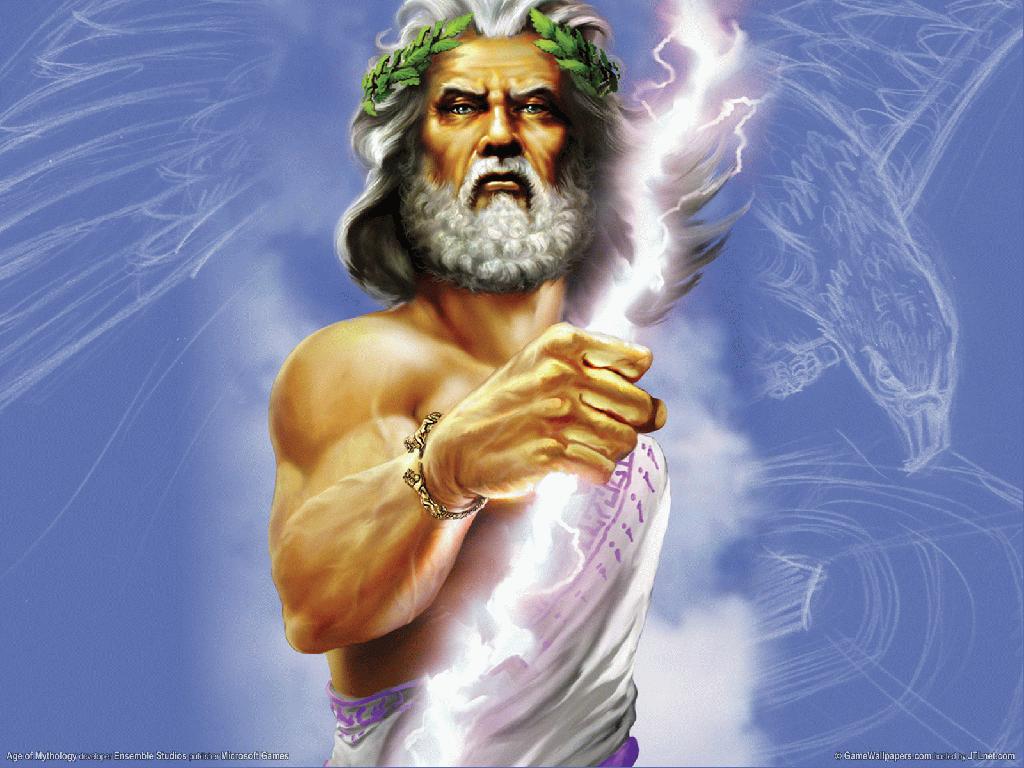 A god with a pink unicorn is greater than one without (a god with anything extra must be greater, right?) So the definition of God multiplies to include all differences, until God is everything we can possibly imagine, as well as everything that we can’t imagine. And that this god (or all of these gods) necessarily have the beneficial property of existence (which is greater than non-existence.

There’s also a problem with the first premise. In my translation it goes “We believe that you are something than which nothing greater can be thought.” The premise begins with the confirmation of a shared definition. The proof works as long as you include yourself in this “we”. But I, for one, do not believe the definition that God is that thing than which nothing greater can be thought. I can think of many things greater than God. Or – if I accept the definition, I would argue that a fully natural universe with NO DEITY or supernaturalism is more intrinsically perfect than a universe in which God is a jealous and manipulative tyrant; so the greatest thing – that which nothing greater can be thought – is for me the absence of god (which, according to the definition proposed by Anselm, is God.) Therefore, paradoxically, I’ve proved that God exists and that by existing there is no God.

A final problem with Anselm’s proof is that God is both everything that can be thought, and also everything that can’t even be imagined. Part 5 of the proof is that this thing, than which no greater can be thought, can be conceived to exist in reality. And since existing in reality is greater than non-existing, it does exist! This is part of the western epistemological tradition (and arrogance) that pretends we can hold God in our minds – even though in Christianity, like most other world religions, the “True God” is complete mystery, completely removed, impossible to know or understand (isn’t this exactly what Yahweh tells Job – “how dare you try to understand me…”).

But for the proof to work, we have to accept that we can conceptualize a thing, than which nothing greater can be thought, existing in reality (this is a bit like conceiving eternity…which we can’t.)

Since God is something than which no greater can be thought, God is also something greater than can be thought. It’s like a constantly elevating ceiling – every time you think of something higher, it is God by definition. So since you can’t think of anything greater, if there is anything greater that you aren’t thinking of, it’s God too. (This ‘proof’ hasn’t worked out so well with the progress of science and technology, which has dramatically shifted the way we understand the universe).

What it all boils down to

St. Anselm’s ontological proof is a fun little mind-game, a verbal paradox of sorts. It’s fun to let it dance around in your mind. If you believe in God and accept Anselm’s first premise, it may seem like an impregnable bit of logic. But the same would be true if you believed in the Flying Spaghetti Monster, the Flying Teapot, pink unicorns or anything else that you think is totally awesome.