The holidays are always a strange time. The Winter Solstice has been celebrated for thousands of years – it can be argued that astrological events led to the creation of religious practice – but different cultures celebrate in unique fashions.

But modern Western culture embraces such a confusing hodgepodge it’s bound to cause discord.

One baptist minister for example is drawing heat for a church sign that reads “Santa is Satan.”

He’s not the first Christian to complain that “Jesus is the reason for the season” and Santa is just a commercial pagan novelty. But who really has the greatest claim to the holiday season?

Even if he was historical – any first year theology student will tell you that December 25th wasn’t his real birthday – that date didn’t get introduced into Christmas practices for centuries; and it was assimilated because it was too strong a cultural tradition (already being practiced and celebrated for millennium) to scratch out. So Christianity embraced it and set Jesus birthday to match the dozens of other saviors also said to have been born on that day.

Where does Santa fit in?

Santa is actually Saturn, the old man in the sky (the only god of the pantheon with a thick white beard). 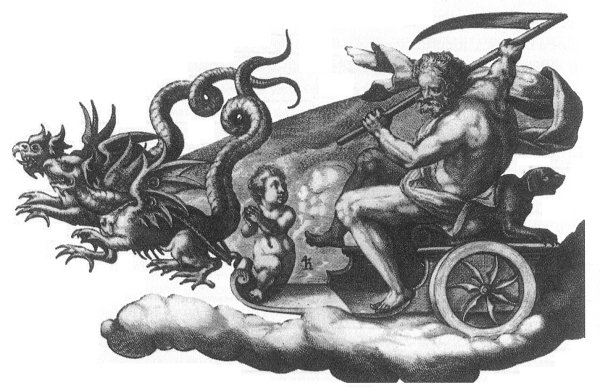 Saturn is the ruler of Capricorn, so he’s associated with the goat. He comes at the beginning of winter, so he’s the ruler of death and darkness (hence the scythe). But he’s also a god of preparation, hidden wisdom and perseverance.

He has a flying chariot pulled by serpents.

When Jesus (the sun) gets born in the winter, Saturn is the evil tyrant seeking him out to destroy him, because he knows the sun will grow into a savior and vanquish him in the spring.

But these are Roman/Pagan traditions. In the far north, Saturn is no villain – he’s more of a kindly old man who delivers packages. Of course we know him as Saint Nick – but that’s another confusion; Saint Nick is a 3rd century religious madman from Turkey who got into fist fights while debating Church dogma.

Much much later, Christmas time begin to be used as year round child control – be good or else no presents for Christmas. And your behavior will be recorded, because Santa is magic and can see everything you do, even if nobody is watching.

But even this wasn’t enough – a friendly Saint visiting with wooden toys? Not enough to control the really bad kids. You need a mix of reward and punishment. 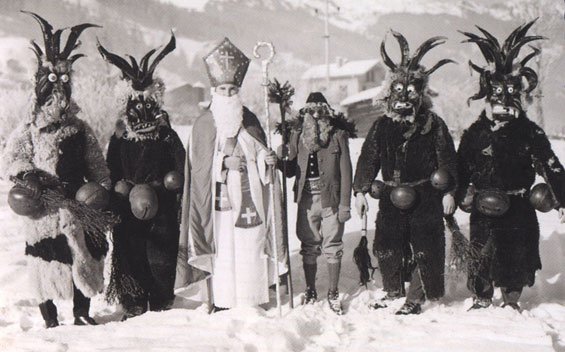 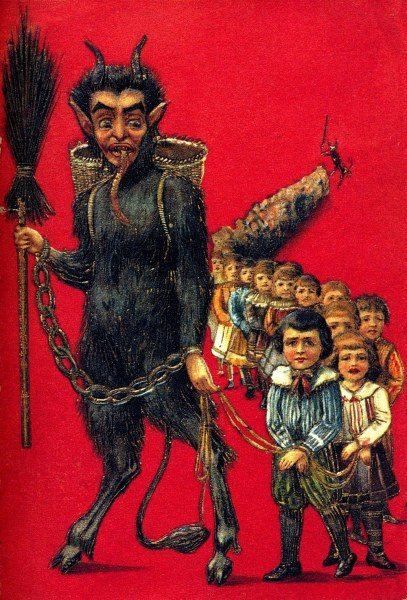 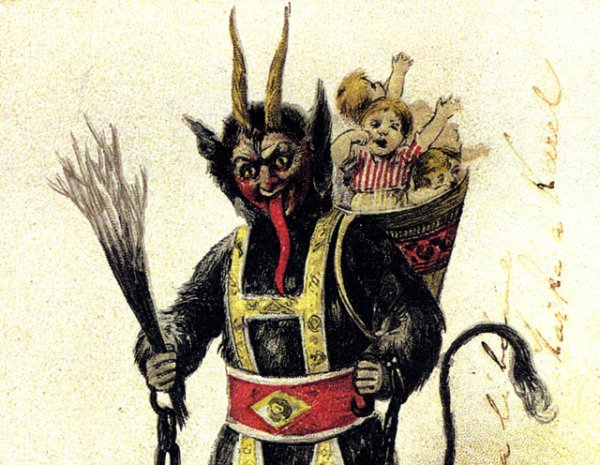 So they introduced Krampus – a very Satanic looking monster that takes children into slavery and tortures them if they are naughty. Santa and Krampus were a pair, parents dressed up as both to pleasure and terrify children.

Nowadays hellfire and damnation is on its way out, but that raises the troubling problem of evil and punishment (how can a loving god punish the sinful?). Santa raises the same problems now that Krampus has largely been forgotten.

Santa is responsible for all justice.

Santa plays the exact role of God (it is an easier argument to make that Santa IS God – he teaches children the rules and to suspend reason and believe in magic, and just reward for good deeds).

There’s very little connection to this modern role of Santa Claus and the modern role of Satan, who is more like Krampus – a puppet caricature of evil – rather than the noble and wise old King of Winter celebrated under Saturnalia.