I stopped watching Falling Skies before I made it to the end of Season One, but I thought I’d give it another shot and watch the Season Two premiere.

There are issues I’m interested in. Take this conversation between the protagonist and the leader of the aliens:

ALIEN: This was never a negotiation.

ALIEN: We have no patience for empty bravado.

So those are our alternatives: live as prisoners or die?
ALIEN: Why would you expect better than us than you do for yourselves?

Because I look around this ship, at the technology that brought you from another world, and I want to believe, that only an advanced species could achieve so much.

The interesting thing is that this is a pretty common mistaken belief: the idea that advances in technology leads to higher standards of morality. This was the goal of rationalism and the industrial revolution – but instead we learned that technological progress, just when it should have solved all of mankind’s problems, instead led to the First and Second World Wars, and introduced mankind to more pain and suffering than it had ever known.

Modernism is pretty much a reaction to the bitter disappointment and the lesson that life has no meaning, that the gods are not watching out for us, that humanity is not a noble, enlightened race but rather a degenerate breed of pure evil – worse than any other species of animal.

But those lessons have been forgotten with a religious revival and several decades of relative peace.

Now, even though our advances in technology are disastrously and irrevocably destroying our natural habitat, the standard of living in most first world countries has raised so much that most people feel pretty good about life.

And yet we assume, even though we have failed and continue to fail to fundamentally change the gross practices inherest in Western politics and civilization, that one day we’ll “Get it” and technology will lead us into a new age of Glory. 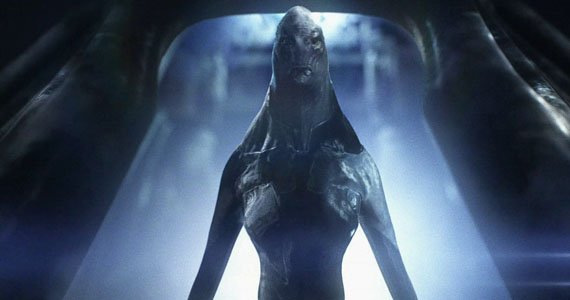 But let me tell you a secret:

After writing that maxim down, I’m actually not sure that it’s true.

2) Technology has almost always been opposed by organized religion, as has science and progress of any kind.

3) Ethical Maxims and Philosophies are always theory based and rarely have any impact on real society.

4) The greater the freedom and the more responsibility given to each citizen, the worse morals. Conversely, ethical standards always have to be top-down: laws that punish transgressors and force good, because:

5) Unchecked, humans will always think of themselves and their loved ones first, and if they can get away with it, the stronger, the rich, will always try to get more for themselves.

(This is basically Darwinism).

We like to believe that these are not true (and they aren’t always true, of course).

But there have been tests done. Basically, humans are bad (at least, our natural inclinations go against those lofty ideals that we’ve developed through philosophy and religion, so there is always a conflict between what we want to do and what we should do.)

We are not naturally good. We have to work to be good.

Which means, we have to have sufficient motivation.

Should aliens be better than us?

Think of the movie Avatar. Humans traveled through space, found rare minerals on a foreign planet, and killed all the indigenous people to get it. This is basically the same as the conquest of the Americas, and the opposite of the Falling Skies scenario.

Do you honestly think, after we have the technology to travel through the universe to different planets, that we will do whatever is in the best interests of the primitive races we find there? If the human race is dying and we need a new planet, will we say “oh, I see this one is taken. That’s fine, we’ll find somewhere else?”

No, we’ll exterminate the locals and settle in, at any costs. It’s beyond naive to believe that a technologically advanced race will automatically believe in ideals like peace and justice.

It borders on religious fanaticism (and there is a lot of that in Falling Skies also, which is why I stopped watching.)

What do you think? Am I wrong? Will humans get better? Should aliens be held to a higher standard?