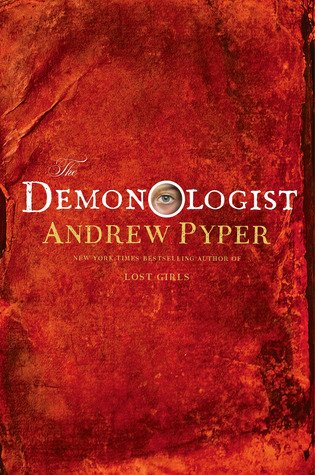 On a train from Toulouse to Barcelona this week I found myself without internet and searching my iPhone for something to read. I discovered Andrew Pyper‘s “The Demonologist” which I’d bought months before and quickly became enthralled.

Like me, the main character (David) is an academic studying Paradise Lost, and reading Satan as the obvious hero of the story: a story about freedom, revolution, the right to self govern, and the tyrannical, irrational ruler he cannot escape.

This reading of Paradise Lost is not a minority viewpoint – it’s hard to read Paradise Lost without sympathizing with Satan because the plot is written in the form of a heroic epic and Satan is the only character who fills the role a hero would play (struggling, on a quest, to redeem himself, seek justice, right wrongs and taking action to further his goals). The 20th century has seen mind-boggling academic shenanigans to refuse this interpretation of the text in exchange for bizarre ones that allow a Christian reading, but they fail to convince.

The professor loves the story, but is a non-believer. He thinks it’s all just literature and mythology. Until he is summoned mysteriously to Venice as a witness of some kind, a “demonologist” expert. In Venice he is handed a camera and asked to record a man tied to a chair – a possessed man.

The man gives unquestionable proof of the supernatural by forecasting the future and predicting stock exchange balances. David was needed in Venice so that the demon, Belial, can hitch a ride in his body, possess his daughter, and then make her jump off the rood and disappear into the turbulent waters.

The crux of the book is this:

The demons needed David to have incontrovertible proof that they exist, and they also want to force him (by offering the hope of his daughter’s recovery) so that he will act as a spokesman for them.

Why? Well, on the surface, the demons just want humans to appreciate their side of things, turn away from God and see him as a mean tyrant.

But of course that’s totally ludicrous.

Because if demons and Satan exist, then God exists. Revealing themselves will make more people believe in God and fear evil. Especially when the demons are portrayed in Hollywood style gore – possessing dead bodies, necks twisting around unnatural, blood and dirt and darkness.

Demons are gross, unnatural, creepy and ugly. And incredibly, inexplicably stupid. Even though they appear rational and can quote Paradise Lost and have been around for thousands of years, they come up with this ridiculous plan to do the one thing at total opposites with their stated agenda.

Religion is already on the decline. People are already removing themselves from Church attendance and identifying themselves with believers. What do demons have to do? Nothing. Keep silent and hidden, and just get out of the way.

Instead they want to reveal themselves? And they need this professor to help them do it? (He doesn’t, by the way – he refuses to hand over the evidence, in the form of the video he took; a video they could have had made a thousand different ways, whenever they wanted to…)

Like most critics of Paradise Lost Andrew Pyper gets most of the details right but the meaning entirely wrong. Satan presents dozens of irrefutable logical arguments in his defense throughout the text. All his asking for is justice: he’s being punished for something God deliberately drove him to do (and needed him to do – for without his temptation and the fall of mankind, Jesus couldn’t be a redeemer).

And while Adam and Even all allowed forgiveness, none is offered to Satan. He is merely condemned to suffer, forever, with no respite. So of course, he whines about it, because he got a raw deal. And he’s eloquent, and he’s right. There is no logical answer to all the complaints Satan lists, but critics, and Christians, and popular media, and Andrew Pyper all answer with, so what?

He’s Satan. He’s categorically bad and evil. He doesn’t deserve consideration. Every word is a lie (even when it isn’t – for Satan almost never lies). The only answer is absolutely refusal. We put our fingers in our ears and sing praises to God to drown out this massive injustice upon which was founded the eschatological system of salvation Christianity depends upon.

God is good, Satan is evil, so it follows that Satan must be wrong somehow, and God must have had his reasons.

The Demonologist is a great book, a thrilling and interesting read about topics close to my heart, and, although I was disappointed by the nonsensical ending, it was probably necessary. The majority of readers who are interested in demon stories and angel-devil conflict are not prepared for a story where the demons are the good guys, trying to form a revolution to overthrow a cruel tyrant, or God is the bad guy, manipulating everybody into Armageddon.